Your market leader for 12V spreading technology – “Made in Germany”

Top in the countryside

This is the name of a funding programme that supports medium-sized companies “that have the potential to make an important contribution to Baden-Württemberg’s technological leadership”. This year, the Ministry for Rural Areas is supporting eight companies with a total of 2.9 million euros. These include the agricultural technology manufacturer Lehner in Westerstetten. Managing director Helmut Lehner has not yet received an official funding decision. But on Monday evening, Manuel Hagel (CDU), member of the state parliament, came by in Westerstetten to pass on the good news. According to the news, the company will receive 400,000 euros, the highest possible amount of funding. Yesterday then the ministry’s press release stated: “Subsidies will be granted for extensive company investments in buildings, machinery and equipment for the development and economic use of new services and products.”

Helmut Lehner is indeed planning a large-scale investment. The new building next to the company headquarters will cost about five million euros. According to the plan, a 55-meter long and 50-meter wide new building for production, warehouse and offices is planned on the southern outskirts of Westerstetten on the 15,000-square-meter expansion site. The building application has been approved, “we are in the starting blocks,” says Helmut Lehner. It is scheduled to start in spring 2018, with completion scheduled for autumn 2018. The company, founded in 1956 as an agricultural trading company, is now largely specialised in spreaders used in agriculture, horticulture and road maintenance.

The equipment is constructed in Westerstetten, where prototypes and small series are also produced. Series production is carried out by friendly companies”, says Helmut Lehner: “They can do it better”. Final assembly and marketing are then again the responsibility of the in-house staff. Helmut Lehner says that his company is the market leader in Europe for spreaders powered by the twelve-volt electrical system of a tractor or truck. The “Super Vario” model, which is used in agriculture to sow catch crops and spread grass seed, among other things, has a market share of 75 percent in Germany and 40 percent in Europe. The market share is even larger for winter maintenance equipment, which is also powered by electricity. According to Lehner, his company covers 90 percent of the European market with the “Polaro” model. With the new building, Lehner wants to make room for innovations, some of which the company has “in the pipeline”. The entrepreneur cites pneumatic spreaders for agriculture as an example. Thanks to the air pressure, the spreading material can be spread over a larger area and more accurately than with conventional technology. Last but not least, Lehner will more than double the farm’s storage capacity. The new building includes an eight-metre high warehouse with 1600 to 1800 pallet spaces. As the company’s premises expand, the workforce is also expected to grow, currently numbering 22 employees. “Then we will also need more people,” says Helmut Lehner. But the entrepreneur does not want to commit himself to one number. “That will happen automatically.” 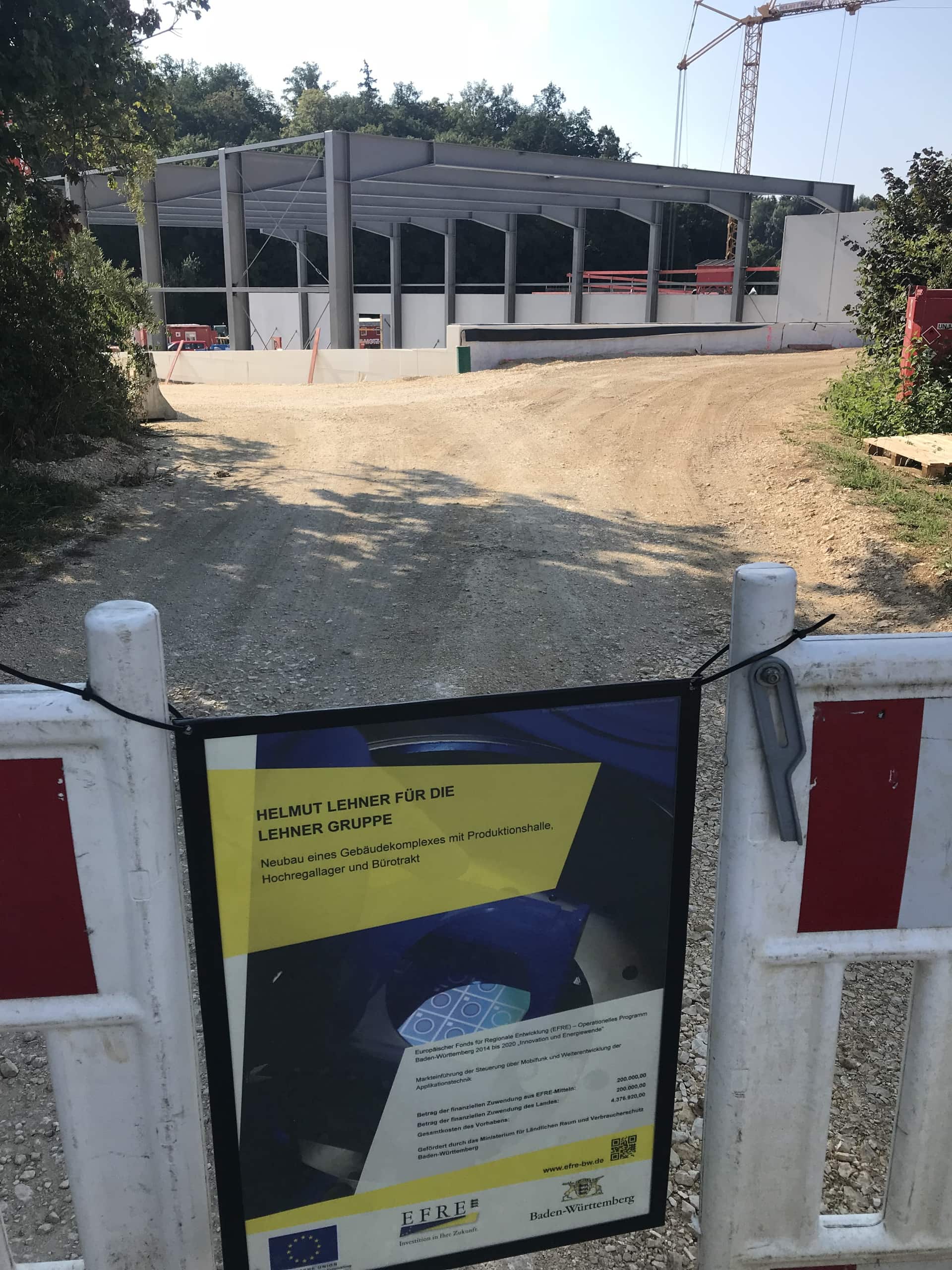 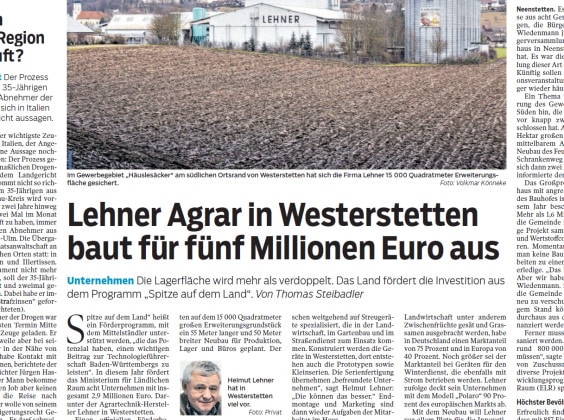 Our products in use - customer pictures can also show custom-made products.